Wax Wroth has moved from this site to http://waxwroth.wordpress.com/. Go there now.
Posted by Brian at 5:53 PM No comments:

You're Playing It Wrong online

For more than two years now, I've been writing a parody column on video games, gaming culture and game journalism, called "You're Playing It Wrong," for Edge Magazine. Appearing every month in print, some of the columns are posted online sporadically, where I'm always struck by how different they feel, outside the hermetic context of the magazine.

All my friends who know me as a music and arts guy are kind of baffled by them. The references are very arcane, though the second entry on the list below might actually be suitable for gen-pop! It's probably the most fun thing I get to do.

Here's a selection of newer columns that have gone online, with, as always, pitch-perfect illustrations by the incomparable Marsh Davies.

Going Deep into the "Uncanny Valley" 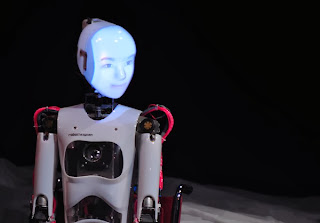 No, not the heartbreakingly terrible new reunion album from a beloved post-punk band, but the compelling experimental play at UNC starring a real robot. Most impressive was how director Francesca Talenti was able to plumb below what could have been a sheer gimmick to unearth a lingering emotional resonance.  I didn't simply ponder what it meant for a robot to be human. For awhile, I believed.

Read my thoughts on The Uncanny Valley at the INDY's Artery blog.
Posted by Brian at 9:00 AM No comments:

Laura Ballance feature in the INDY

Many thanks to Laura Ballance of Merge Records and Superchunk for letting me put her in the spotlight she does not savor for this long INDY Week feature, which spans her entry into the North Carolina music scene and her recent retirement from touring after 25 years.
Posted by Brian at 1:22 PM No comments:

The new issue of one of my favorite journals, Coconut, is online now, and I'm honored that it includes my poem "Sauceware," which you can read here. Alongside the likes of Joe Wenderoth and Caroline Knox!
Posted by Brian at 9:54 AM No comments:

Hilarious head-cracking brilliance. It was somewhere between "a lovely burnt umber Segway" and calling Stravinsky a "horse-faced fascist" that I started to research cyber-stalking penalties:

I wrote the cover story for this week's INDY, learning about "the struggle" of local celebrity newscaster Pam Saulsby, whom I grew up watching on WRAL, after she was fired from that job before landing at WNCN one tumultuous year later. Read it here.
Posted by Brian at 11:29 AM No comments:

The latest issue of Drunken Boat is online and includes a track from The Lion's Face, my sound collaboration with the poet Tim Van Dyke.


Last night I was alone on Parrish Street, waiting. I stood under a streetlight, yo-yo-ing. It was very misty and cool. Out in the country, the storms had felled trees, but the city just looked washed. Eventually a couple walked by on the other side of the street. “A guy with a yo-yo,” the woman cried out, half to the man and half to me. “That’s so Durham!” She seemed really thrilled. I smiled agreeably and made some jokes about a sitcom called “That’s So Durham!” The couple continued to scroll by throughout this exchange, never breaking stride. The yo-yo cascaded down and reeled back up, went out seeking and brought something back. Suddenly it felt like a fishing line in my hand. The street was always between us but Parrish is not wide. We wished each other good night as they flowed out of earshot, although a conclusive roar of “I love Durham!” could be heard down the block. There was a strange vividness to the moment. I had brought my yo-yo with me just to impose some buoyancy on one of those days where a lot of weightless moments had somehow accumulated into an oppressive ton. But it wound up opening this other door too, this other connection, and I was inexplicably glad to play that role for her: the friendly local eccentric (what could be less threatening than a guy with a yo-yo?), the serendipitous vantage. It felt good to momentarily slip out of my perspective and feel myself as a feature in a tableau—some rare local bird, an image with a thought buried somewhere deep inside, a no-doubt dramatic to behold silhouette yo-yo-ing in a circle of light on a dark empty street. I didn’t have the heart to tell her I live in Chapel Hill.
Posted by Brian at 10:41 AM No comments: 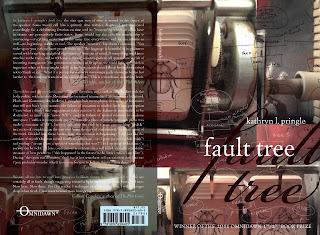 i’m not saying this to scare you but goodbye.
—from “fault tree” by kathryn l. pringle

Brian Howe is a freelance arts, entertainment & culture journalist who covers music, books, video games, and more. In addition to regularly writing for Pitchfork, INDY Week, eMusic, and Kill Screen, he is a columnist and editorial contributor at Edge.

He has also contributed to Paste, The Fanzine, Fender, GO, Shuffle, Very Short List, The Pitchfork 500 book, the Poetics of American Song Lyrics anthology, ABC.com's "New Music Monday," and others.

He has undertaken substantial copywriting projects for Duke Performances, the NC Opera, and others. From 2010 to 2012, he was the editor of Duke Performances blog The Thread, and completed a series of more than 70 interviews with world-class performing artists there in 2013.

His poetry, sound art and videos have appeared in journals and chapbooks and festivals often enough that writing about himself in the third person does not even faze him. He capriciously runs the Wax Wroth Reading Series and has a sound and video project called Glossolalia.